Welcome to the
Healy Project

Send us an Email

In promoting their new projects, developers repeatedly trot out claims based on the tenets of New Urbanism: affordability, diversity, easy access, and sustainability.

“New Urbanism promotes the creation and restoration of diverse, walkable, compact, vibrant, mixed-use communities composed of the same components as conventional development, but assembled in a more integrated fashion, in the form of complete communities. These contain housing, work places, shops, entertainment, schools, parks, and civic facilities essential to the daily lives of the residents, all within easy walking distance of each other.”–NewUrbanism.org

Want to live in hip, starry-neon-skied Lime in the Wedge Greenway, where (as their sign proclaims) “tarts” are welcome? Prepare to shell out big bucks for a small space.

Let’s look at the claims of the Lander Group for its proposal at 2316-2320 Colfax Avenue South and see how they square with the aims noted above. Lander wants to wreck the Orth House at 2320 to clear the site for a 45-unit apartment building. The Lander website says that the 2320 project is “geared to more affordable budgets with the smaller sizing, and real transportation options.” To be cost-effective for the developer, the rents in new units need to be set at least at market rate. Currently, rents for 500-square-foot studios in new Wedge buildings start at $1200 per month. This is not “affordable” housing by any stretch of the imagination. Even if Lander/At Home do as stated keep the rent under $1,000 to start with (still above average for the area), there’s nothing to stop them from raising it afterward.  This is exactly what happened at the joint Lander-Gerberding apartment project at 46th and 46th. They were initially advertised as market rate [1], but now are luxury [2]. If the developer is serious about affordability, let him sign a contract with the City for a fixed-rent range.

The fact is that the older rental units are the affordable ones.  New apartment construction, to be cost effective for the developer, must have rents set higher than for existing structures. The result is what we now have in the Wedge Greenway: 1800+ units built or under construction that are inhabited largely by young, affluent white people.  The aim of the marketing campaigns for these Greenway apartments is to attract young suburbanites to the city for  a few years before they settle down in neighborhoods of mostly single-family homes: “Don’t get hitched until you enjoy your year at Lime”, “I don’t remember her name, but her apartment” (Elan).  This kind of marketing and pricing does not produce a racially, socially or economically diverse community, but an enclave of privileged “urban tourists,” slumming in the Wedge for a few years.  So much for developers adhering to the “diversity” and “affordable” parts of New Urbanist planning.

The Lander website touts “real transportation options” (as opposed to imagined options?) available to future tenants. “The building concept promotes ‘green’ living – close to and providing a variety of transportation options, services, recreation, and green space.” Lander’s “concept” has not produced these amenities, which are available to anyone living in the area. Bus lines run on Hennepin, Lyndale, and Franklin right now.The Wedge has always been a very walkable part of the city, close to lakes, parks, and shopping. Minneapolis is currently the most bike-friendly city in the country. Hour Cars are available now at Franklin and Dupont, a short walk away; bike racks can be built into any structure.

In addition, the developer and development supporters totally ignore New Urbanism’s mandate to conserve resources: to lift people out of poverty, to use energy wisely, and to build community. An important part of this mandate is to preserve the cultural resources and history of the community–an aspect developers conveniently forget, and in fact, as is obvious in the case of 2320 Colfax, scorn.

This is what the idealized sketch of the proposed Lander building looks like:

Architectural drawings are often out of context, a building surrounded by sky and trees (and sometimes a flock of birds).  This building could go just about anywhere, a ho-hum block of flats that is hyped as “affordable” and “sustainable”–but isn’t. (See post on “Greenwashing Demolition). Imagine instead an adaptive reuse of the Orth House, designed to fit in with new residential construction on the site, a multiple-unit complex that would not require sending 250+ tons of building materials to the landfill. 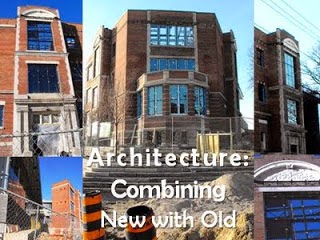 “Cities grow, evolve and combining the new with the old in the same area will acknowledge the history of the place. Projects that pay homage to the existing fabric of a space, but also incorporate new architecture would be my ideal.”–Martina Ernst, Wo-Built Inc. – Innovative Design and Build, Toronto

The Lander proposal is designed with one primary goal: to maximize profits for the developer, with no regard for the neighbors or neighborhood. Let’s not forget that the Lander project did not win approval by the LHENA neighborhood board.

Lander, the property owner, and their for-hire expert contend that the Orth House does not have structural integrity. But don’t just take the word of people who will make hundreds of thousands of dollars from its demolition. John Jepsen of Jepsen Structural Services, a company specializing in structural shoring, lifting and straightening, has examined 2320 Colfax. Last year he testified before the City Council that the house is structurally sound, “built of old growth timber, straight and true.”

The owner and the broker who engineered the deal with Lander also contend that it would economically unfeasible to rehab the house.  Again, are we to simply take the word of those who will reap substantial financial gain from its demolition?  Those who have been inside the house, like myself, have found that many of the original features remain on the first floor and on the exterior.The upper floors were redone after a fire, but this provides interesting options for redesign.

A redevelopment that would include the Orth House would be the green, sustainable, affordable option, a reuse that would be sensitive to community concerns, city history, and fit in with existing buildings in the North Wedge. 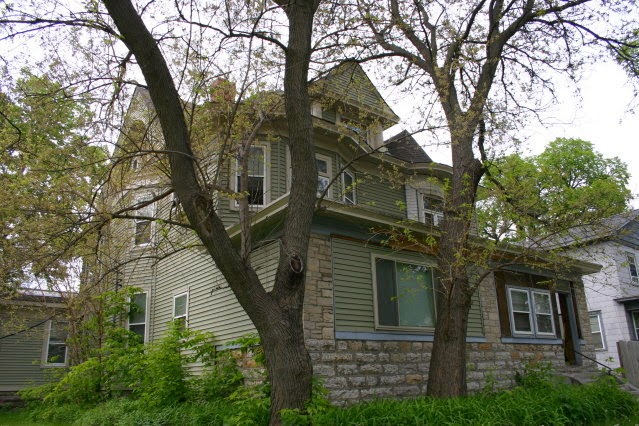 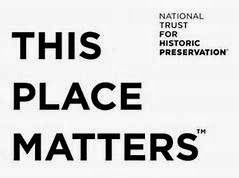